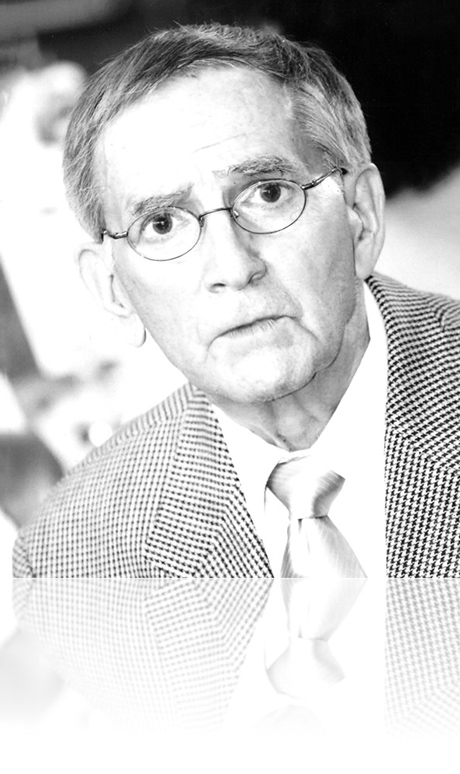 
On December 18th, 2019 our loving father Dan Waslen passed away peacefully with his family by his side, he is now joyously with our Lord.

For over 30 years, our Dad was a funeral director in the Vancouver area, he assisted countless families by graciously honouring their departed loved ones with compassion and care.

Throughout our lifetime, Dad has always expressed his gratitude for life, in a subtle and gentle manner, through his story telling. Constantly retelling us how blessed he is to be alive for so many years, as he has survived some near death situations. On his birthday this past September, he reminded us yet again by retelling his legendary story of his first brush with death after a plunge in the local pond as a young boy. He learnt at an early age that life was precious and every life has value. He implemented that awareness clearly within his career, community and family.

Our Dad was born on the family farm outside Tuffnell Saskatchewan, he was one of nine children in his family. Worked on the farm until he told his father that he was heading west to seek out a life in the big city of Vancouver. He became a devote parishioner of St. Mary’s Ukrainian Catholic Church, it was through this community that he would meet our mother and establish his career as a Funeral Director.

After their Edmonton marriage in 1963 they settled in East Vancouver to start a family while living next to his work at the Bell Funeral Home. Later they moved to the Pender street house as the last two of the four children arrived. Dad loved his very short commute to work which allowed him to have lunch at home often.

Our Lady of Sorrows Parish became our local community. After work Dad could be seen cutting the grass or spending numerous hours cutting up firewood in the back yard, while all his children helped stack it. When Dad was off work for a couple days the big gold Cadillac was loaded up with the family, plus two dogs, and off we all would go to Sudden Valley, outside Bellingham Washington. Once there, he would cut more firewood as my mom made meals and all of us kids would run around the bushes playing with nature.

For longer summer vacations we made our way to the Edmonton area to be with Mom’s mother (Baba) and family. There were also numerous trips to all of Dad’s relatives in Saskatchewan as well. He always did his best to visit all of them as “Uncle Danny” was well loved by all.

In 1986 our family moved to the 3400 block of Dundas up on the hill overlooking Vancouver. While living there Dad worked at First Memorial Funeral Services, his last Funeral Director job before finally retiring. Dad had many dogs throughout his life, but Kayla was the last, and perhaps his favorite. They would often be out walking up and down the steep streets of the Vancouver Heights neighborhood.

In the mid 90’s Dad and Mom moved back to the center of Vancouver to take on the role of managers for St. Mary’s Senior Home next to their Ukrainian Catholic Church. There he would be the handyman, repairing and fixing any problem that a suite had.

When the first of 11 grandchildren was born in the Barrie Ontario area, Dad and Mom made their way out to meet Brooklynn. Numerous visits back would see him welcome 3 more children including the last, a boy named in his honour, Daniel.

As each of the rest of the grandchildren were born in the Vancouver area, weekends were filled with family birthdays and visits to every activity. Their greatest joy was to watch all the grandchildren grow up to become wonderful individuals.

Moving on from the job at St. Mary’s Senior Home, Dad and Mom finally retired and remained in their Ukrainian community. Our father never seemed to slow down after retirement. He would attend most every family event throughout his life, occasionally with camera in hand.

Until recently, they both were still enjoying traveling together, adding to a long list of places. They traveled throughout the USA, such as Hawaii, cruising to Alaska, California, Mexico and to the Panama Canal. They went as far as traveling to Italy and Guatemala. They also had a memorable experience visiting Ukraine with their bishop and some relatives during Easter time. Many stories came from that trip, one of the best being about Dad dressing up as a pirate for a fun-themed dinner aboard the river boat they all travelled on.

Dad took delight in sharing stories from the good old days. He came from an era where a hat and dress shirt were standard practice. If you were lucky he would recount a story of an earlier Vancouver: like the time we were at the last BC Lions game in the Empire stadium. He told us about being there for the Lion’s first game; as well as being in the crowd to see the miracle mile.

He was a devout Catholic, spending his high school years at a seminary in Manitoba. He continued his service later as a member of the Knight of Columbus. His faith in God taught him well, as he was always kind to everyone; to the point that while waiting to cross the street he would talk to anyone that happened to be next to him. He was never one to get angry and never complained about his severe arthritis or numerous hospital visits. He was a joyous person that could often be seen giggling. As a long time blood donor, he was a very generous and selfless person, as he continually gave back to his community.

Our Dad will be truly missed by all. His loving and kindhearted spirit shall live within our hearts now. As we are comforted to know he is with God and reunited with dear friends and loved ones.

Danny wanted no tears shed; but smile for a life well lived! He reminds us all to be kind to one another.

In lieu of flowers, donations in Danny's memory to the following foundations are truly appreciated: