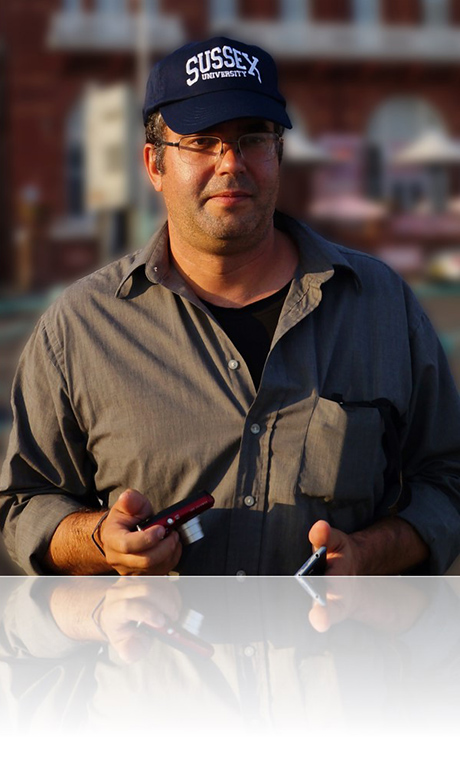 
It is with great sadness that the family of Hadrian Mark Léoniel Rajotte, age 47, announce his sudden passing from a heart attack at his apartment in Vancouver.

Born in Quebec, his early years were spent with his family in different locations across Canada (Valcartier in Quebec; Brandon and Winnipeg in Manitoba) and then overseas in Fiji, Western Samoa, Kenya before coming back to Winnipeg. Whilst moving to Western Samoa from Fiji, as a child, he came down with rheumatic fever that affected his health for the rest of his life. After graduating from high school in Winnipeg, he experimented with learning to fly before moving to British Columbia to explore other opportunities.

Hadrian was very private, yet kind and caring. Always the entertainer, the family remembers his wicked sense of humour and have many fond memories of Hadrian acting out verbatim clips from various movies and ads even in his younger years.

His passion for working in arts and entertainment led him to acquire training with: radio broadcasting at the British Columbia Institute of Technology Training (BCIT) in 1996 and again for web design and creation in 2003; recording and music business with the Columbia Academy Broadcasting School (1996-1998); the business of pre and post-production for TV and film projects with the Vancouver Film School in 2004; and entertainment administration with the University of British Columbia in 2008.

He worked hard to get his career off the ground. In between jobs and education, he was never afraid to work as landscaper, stock grocery store shelves, provide technical support to Bluetooth devices or shovel horse manure—as long as it tied him over to the next gig. The family feels blessed to know that some of the people he met during these years, like Stuart Tessaro, whom he met while landscaping, remained lifetime friends.

He worked on all kinds of productions from documentaries, such as one about hoarding in downtown Vancouver, to acclaimed television series such as ‘The Man in the High Castle’, the popular Canadian ‘Kim’s Convenience‘ and Hollywood movies. The family is immensely proud of the over 100 credits to his name on his IMDB profile (IMDB.com). Quite often he knew the ending of a Hollywood movie, but to their chagrin, he would never disclose it to family members.

As he worked his way up, he did all kinds of things. On the technical front, he did closed captioning, audio mixing (including working with bands), colouring, editing, and camera operation. The business affairs work led him to be a production assistant, reviewing and giving feedback on scripts and pitches, developing contracts for film crews and writers, tracking sales, liaising with unions and guilds, to licensing and financing.

The family all remember when he even worked for Telephoto Technologies Inc. as a camera operator for horse racing at Hasting Racecourse in Vancouver. On the side, he had his own company, Second Narrows Entertainment, and was always soliciting scripts through connections and ads, working on a script or visiting the world-renowned Banff Mountain Film and Book Festival to get a personal project off the ground.

Whenever opportunities arose, he would go fishing with friends and visit with family that is spread out everywhere. He visited his parents when they were in Trinidad and Tobago then Vancouver Island and his sisters, nephews and nieces in the UK and Ottawa. Spending time with his nieces and nephews brought out his playful side and was a source of joy for everyone around him. Adventures and visits with him will be so deeply missed by family, friends and all who cherished and loved him.

A celebration of his life will be organized later when conditions permit. If you would like to participate please let us know via this form.


To honour his memory and help launch the careers and projects of others in arts and entertainment donations may be made to the Bannff Centre. Your donation will go towards a workshop scholarship for three participants. Click on the logo below: