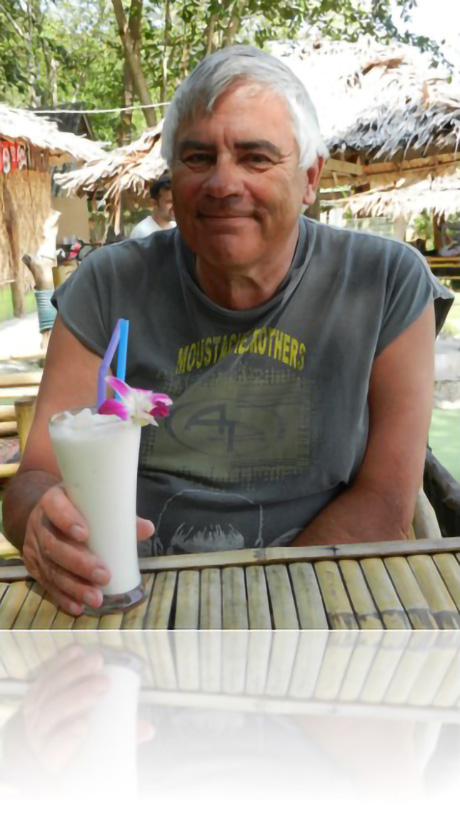 Please RSVP by October 30, 2019 to: donmorrisonmemorial@gmail.com 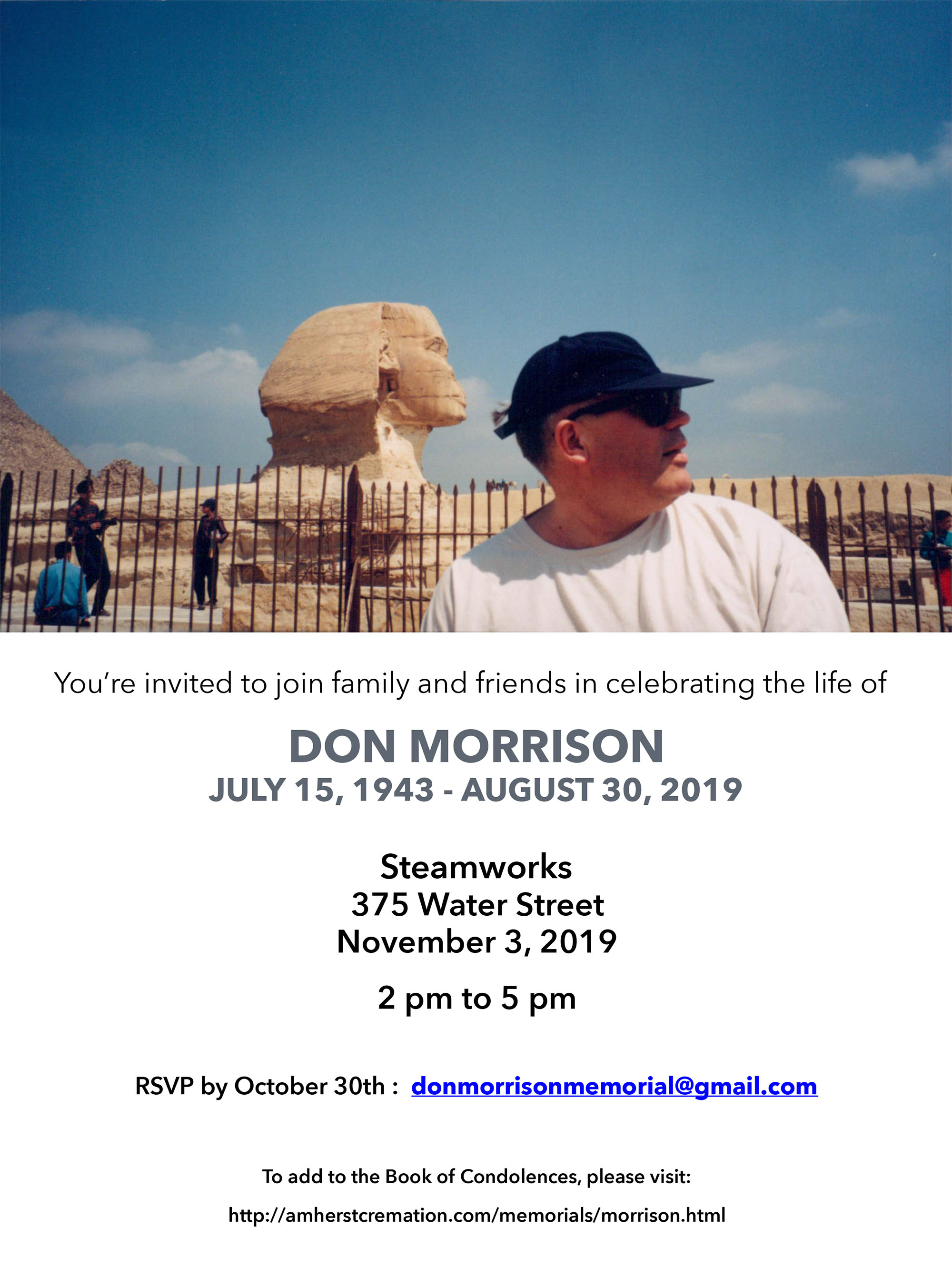 
Don died peacefully at home. Family and friends mourn the loss of his generous spirit and great zest for life. Don was born in Prince Rupert with strong roots in the fishing community. His work on the fish boats financed travels around the world after high school, returning home to more fishing and then UBC. He received his bachelor's degree from UBC and a Masters of Social Work.

Don taught in Zambia for 2 years with CUSO, returning to Canada to join the federal government as a parole officer. In the ’70’s, he was proud to welcome Paul and Oriel into the world. More than anything, he loved being a father.

Don worked for years as project development officer for the Solicitor General of Canada, hiring the first woman into that all-male work environment and championing the cause of improving the treatment of women in the Criminal Justice System - staff, victims and offenders. A second master’s degree, this time from Pepperdine University, focused on organizational development in police departments with a particular emphasis on community policing.

Don later returned to UBC for a law degree. In the ‘80’s, he welcomed his daughter, Tevia, and would often put her to sleep with dramatic readings from his law texts. As Crown Counsel he took the lead on many serious crime cases on Vancouver Island. He was respected as a fair and committed prosecutor, ensuring, in his words, “that Justice was done”. His success in the courtroom was enhanced by the fear and awe of the accompanying police officers who were frequently subjected to his love of spicy food.

In 1998, Don took on the challenge of establishing the Office of the Police Complaint Commissioner. As the first Commissioner, he fought to gain acceptance among police departments for the important role of civilian oversight. He worked hard for systemic change that would ensure police adherence to the Canadian Charter of Rights and Freedoms, and fair and equal treatment for all who come into contact with police. In particular, he engaged with indigenous communities across the province as well as Vancouver’s urban indigenous population. He was honoured to serve as chair of the Canadian Association for Civilian Oversight of Law Enforcement.

After his term as PCC ended, Don built a practice as a defence counsel in Vancouver, continuing to seek justice for his clients and ensuring that everyone had strong and fair representation. As a member of the Defence Bar, he delighted in having the theme music of “Rumpole of the Old Bailey” as his mobile phone ringtone. His office had a considerable stock of wine cheap enough to qualify as Chateau Thames Embankment.

Don always enjoyed travelling. Throughout the years he embarked on numerous trips, with extensive travels in southeast Asia, Europe, India, and Africa. His return home would often be accompanied bydramatic stories of various injuries. There was the unnecessary leap off a moving train in Mumbai en route to the Dharavi slum. Another favourite involved the Nairobi Emergency Room doctor who wore beautiful Kazuri earrings while she tended to Don’s injuries from his inglorious bus exit returning from safari in Kenya and Tanzania. And of course, there were his many tales of surviving the 2004 Asian tsunami.

Cremation has taken place. A celebration of life will be held later in the fall after the birth of Don’s second grandchild.