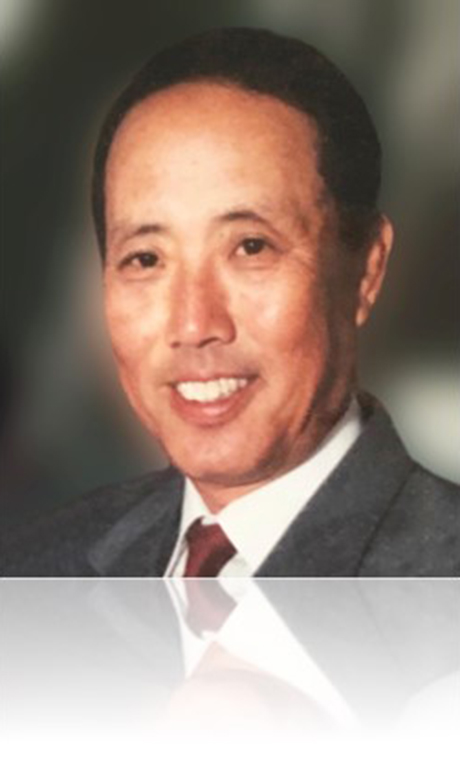 He was born on April 5, 1934, to Sung Chan and Tae HeeKim in Pyongyang under the Japanese occupation of the Korean peninsula. At age 13, following the end of the occupation and the North-South Korea split, his family made an attempt to cross the border to the south by land. They were unsuccessful until finally they managed to escape across the 38th parallel by boat. As a teenager Kwang Duk served with the South Korean army during the Korean War. After the war he received his medical degree from Yonsei University in Seoul, South Korea where he met his future wife.

Kwang Duk married Kum Won Suh in Seoul on April 16th, 1959 and they had four children: Shannon, Marion, Howard, and Carol. He served for one year as a flight surgeon with the United States Air Force before emigrating from Seoul to Port Moody in 1965.

He worked as a general practitioner for over 40 years in Port Coquitlam, and was beloved by his many patients.

Kwang Duk was an avid golfer and traveler and loved taking his grandchildren to feed the ducks at Squint Lake Park. He was a generous man who didn’t hesitate to share whatever he had. He had a wonderful sense of humor, and loved to laugh and make others join in his merriment.He was well respected among his peers because of his social nature and had many friends who looked to him for advice and guidance.

Kwang Duk is survived by his wife and four children, a son-in-law and daughter-inlaw, seven grandchildren, many nieces and nephews, and his older sister, Kwang ShinYoo.