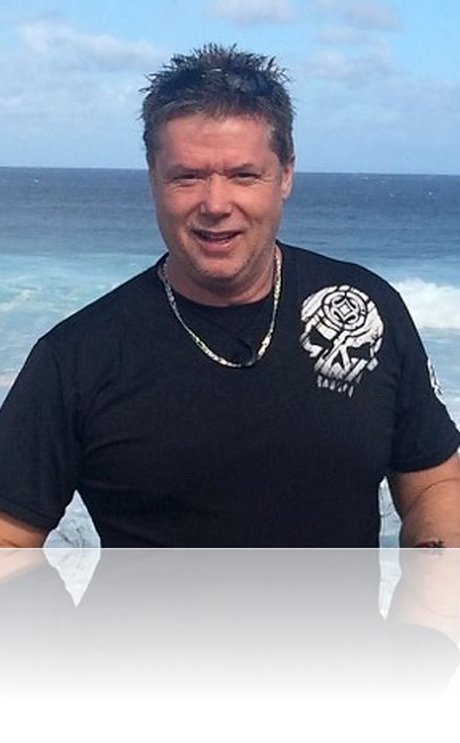 
The family of James Brent Hayes is saddened to announce his recent passing in Maple Ridge, BC. Born on January 22, 1963 in Fredericton, NB, he was the son of the late Daniel and Marie (MacKinnon) Hayes.

He is survived and greatly missed by the joys of his life his amazing sons Dillon Hayes (Georgina Price) and Noah Hayes (Stephanie Bedry) and their mother Stacy all of British Columbia.

In addition he will be forever missed by his loving sister Elaine Hayes, brother Brian Hayes (Kathy) and nephews Tyler Hayes (Ashley), Corey Hayes (Maggie) of New Brunswick and Jordan Myge (Rachel) of BC; niece Tanya Myge of Ontario and several aunts and numerous cousins along with his amazing one time partner and forever friend Leanne Kazakoff.

He was predeceased by special aunt and uncle, Pearl and Jack Buchanan, his grandparents and several aunts and uncles.

Brent left his small hometown of Stanley, NB in 1981 for the west coast and never looked back. He worked in construction and eventually came to own his own contracting company. He was a kind, caring and very hard working man. He will be deeply missed by all his great friends and family in both NB and BC that he developed over all the years.

Due to the current world health situation a service of memorial will be held in both New Brunswick and British Columbia at an appropriate time in the near future.