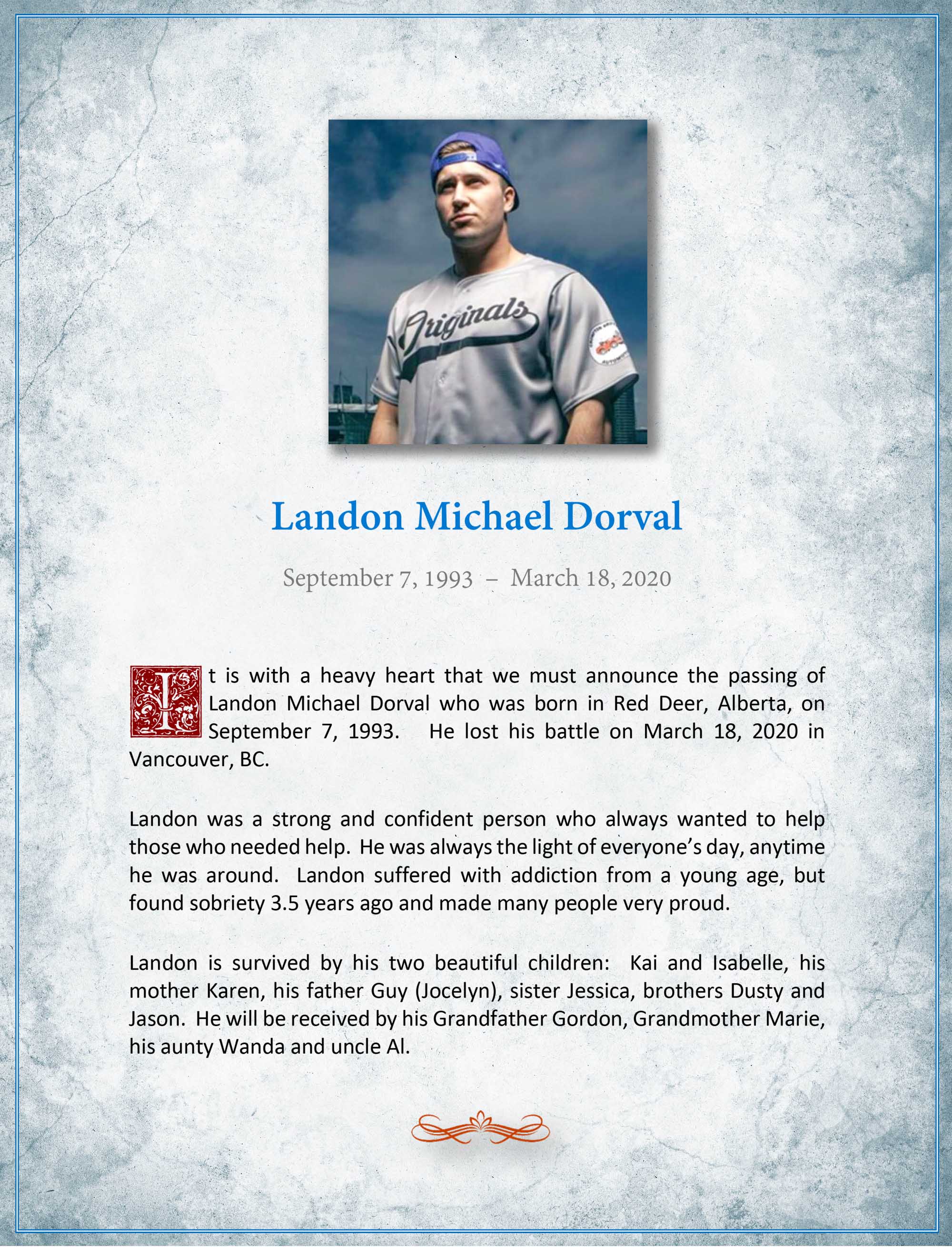 
It is with a heavy heart that we must announce the passing of Landon Michael Dorval who was born in Red Deer, Alberta, on September 7, 1993. He lost his battle on March 18, 2020 in Vancouver, BC.

Landon was a strong and confident person who always wanted to help those who needed help. He was always the light of everyone’s day, anytime he was around. Landon suffered with addiction from a young age, but found sobriety 3.5 years ago and made many people very proud.

Landon is survived by his two beautiful children: Kai and Isabelle, his mother Karen, his father Guy (Jocelyn), sister Jessica, brothers Dusty and Jason. He will be received by his Grandfather Gordon, Grandmother Marie, his aunty Wanda and uncle Al. 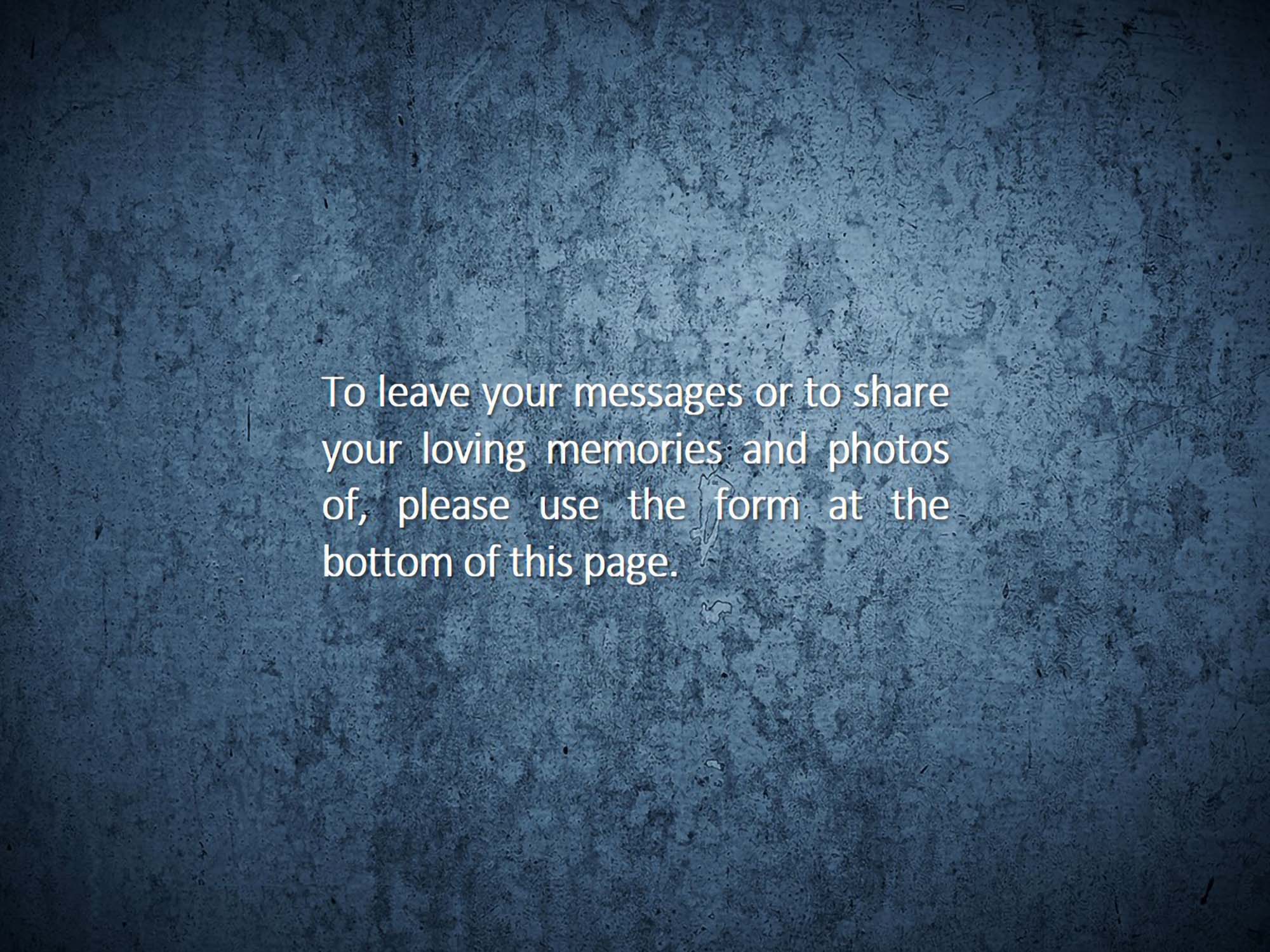