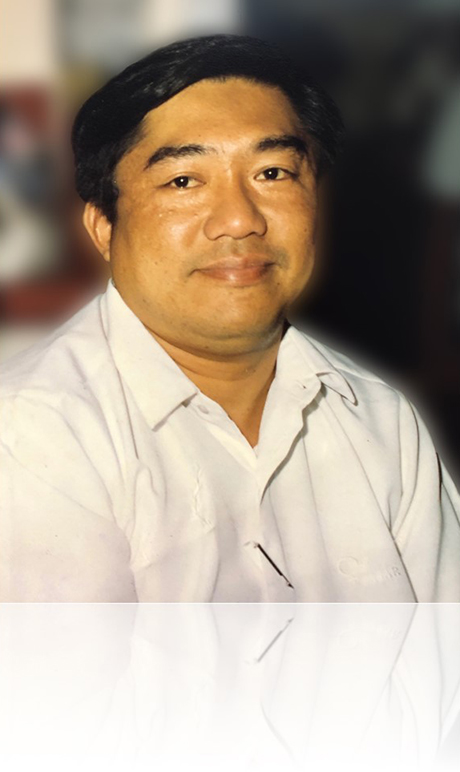 *Kindly note there is absolutely no smoking in and around the premises of the hall.

It is with deep sorrow that we announce the passing of Alexander Dol at the age of 64. He is survived by his wife Jocelyn Dol and daughter, Abigail Dol, and son, Alexander Dol Jr.

Our gratitude goes to the Royal Columbian Hospital's renal, emergency and ward staff and those involved with his care.

A memorial service will be held at the Kingdom Hall of Jehovah’s Witnesses on Saturday, February 8th at 4:00 pm.

Alexander Dol was born on May 4,1955 in Lipa City, Batangas, Philippines to Olympia Masangkay and Ciriaco Dol. He is the eldest of 6 children with 3 brothers and 2 sisters. Shortly after Alex’s birth, the family moved to Nichols Air Base (now Villamor Air Base) in Pasay City where his father was relocated in his job in the Air Force.

Alex grew up in Airmen’s Village where everybody knows everybody: fathers were co-workers, and their children were friends, playmates and classmates. Young Alex would always be out playing basketball or walk all the way to Roxas Boulevard to swim with friends. When he was just a boy, he wanted to earn a little money. He would peddle newspapers, shine shoes for the military men and plant corn during summer breaks.

Alex attended elementary and high school inside the Air Base. When all the boys in his high school were sporting the Beatles hairstyle, he was singled out by a teacher as a model because of his clean army cut hair. After high school, he took up Civil Engineering at Mapua Institute of Technology and graduated in 1974.

His first real job was a Quality Inspector after his Engineer-in-trainee at Engineering Equipment Incorporated. He later moved to Philippine National Construction Corporation (formerly CDCP) and was assigned to a Construction Supervisor position first in Batangas, and then in Leyte where he met his wife Joy (Jocelyn Antig). They were married in April 8, 1985. He moved to Isabel, Leyte to be with his wife and joined Philippine Smelting and Refining Corp. as a Maintenance Supervisor and later on as a Buyer. The couple relocated to Manila where they were blessed with a daughter Abbie (Abigail Joyce) and a son Juni (Alexander Jr.).

The family migrated to Vancouver, Canada in February 2003. Life was not easy in Canada away from family, friends and things he was passionate about. He made sacrifices for his family. He will always be remembered for his love, devotion and dedication for his family.