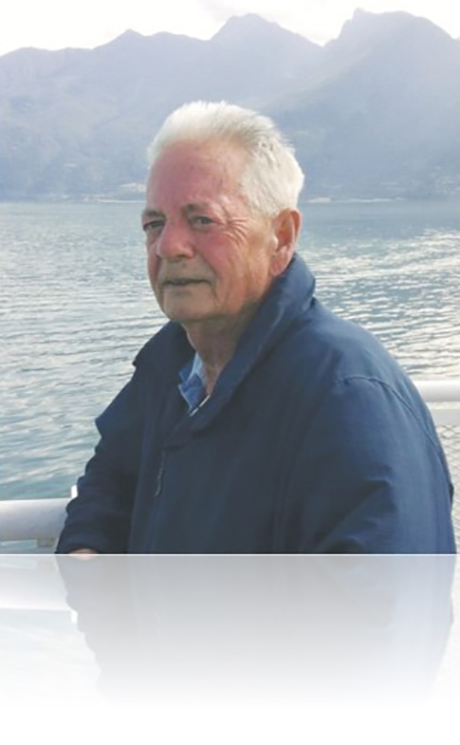 
Graham Knoll Black loved fishing, history, cooking, talking to anyone, the music of Harry Chapin, but most of all, he loved his family.


Graham passed away suddenly on Friday, July 17th, 2020, at the Vancouver General Hospital at the age of 73.

Born in Saint John, NB, to John Henry Black and Mary Inez (Draper) Black, he joined the Canadian Forces at a young age and served in the Naval Air division. Through the military, he completed his B.Ed. Honours at Saint Mary’s University in Halifax, N.S. After graduating, while working as a counsellor at his alma mater, he contributed to many students’ lives, including joining the fight for post-secondary education for the deaf.

His caring nature led him to volunteer his time with The Black United Front of Nova Scotia and the Canadian Rehabilitation Centre for the Disabled. He also worked as Executive Director of the Kidney Foundation of Nova Scotia, before becoming co-owner of Phoenix Publishing.

In the mid-1980s, he returned to Saint John, N.B., with fiancée Kathy (‘Kate’ to his family). For over a decade, he worked for Irving’s Saint John Shipbuilding Ltd., mainly in the role of Warranty Manager for the Canadian Frigate Patrol Program. It was a role he relished as it connected him to his military past. Following a workplace injury, Graham returned to Halifax in 1995.

Graham lived a life filled with a multitude of achievements. However, what he saw as his greatest accomplishment was being a father to three, and later a grandfather of two boys, bringing him much joy. He was often asked for advice from others and was always happy to oblige by offering much of his time. Though life brought him many challenges, he tried to teach his three children to persevere and work toward their dreams no matter what obstacles they may face.

As an avid road traveller, there were many family trips across North and Central America. However, he frequently returned his favourite spot, Falls Lake Military Recreation Centre in NS.

Graham and Kathy eventually settled in the West End of Vancouver, B.C. It was here he devoted his time to helping his wife through her cancer battles. He was often seen by his many dear friends walking with his very best dog friend, Truvy, and giving treats to the other neighbourhood dogs.

He will be forever missed by his wife of 38 years, Kathy (nee MacDougall); only son Gordon of Victoria BC; daughter Melissa (Ed Bernard) of Burlington ON; and daughter Julia of Vancouver, BC. Melissa’s two sons, his only grandchildren, Lukas and Tristan Bichara, gave him much love and laughter. He took pride in hearing of the accomplishments of all of his family members. He loved keeping in contact with his family, both near and far.

He will be immensely missed by his twin brother Neil (Deborah) of Sherbrooke, N.S., his sisters Trudy (Clint Williamson) of Mantoloking, NJ, and Mary Jane (George Goodwin) of Lowell, MA, and brother David of Welsford, NB. He was predeceased by older siblings, brother George, and sister Anne Phillips. He is survived by many loving nieces and nephews across North America. Also mourning are brothers-in-law Lorne MacDougall (Marian Gaworecki) of St. Nicholas, P.E.I., and Bert MacDougall (Lisa) of Sydney, NS and his three sisters-in-law Lois (Doug Foster) of Sydney, NS, B.J. McMahon of Oakville, ON and Christine Black of Saint John, NB.

Amherst Funeral & Cremation Services in Vancouver, BC, have cremated Graham’s remains as per his wishes. There will not be a funeral service, but there will be a celebration of Graham’s life once Covid-19 restrictions are lifted. A virtual gathering will be announced on his Amherst memorial website once the family has determined a date.

In the meantime, many have asked how they can help at this impossible time. A Go Fund Me page (Graham K Black Memorial Fund) has been created in response to the outpouring of love and support. Many knew, he lived for the day. This meant he wasn't always one for planning ahead or keeping anything in savings. So with no savings or insurance, it is with great sadness and confusion that his family discovered only a small portion of his monthly income will continue after his death to support Kathy, and there had been no plans in place for his death. All funds will go directly to his widow in this time of financial hardship due to his unexpected death:

Any cards of condolence can be mailed to his wife at 4685 Kensington Place, Delta, BC, V4K 4W5 or to any family member you wish.