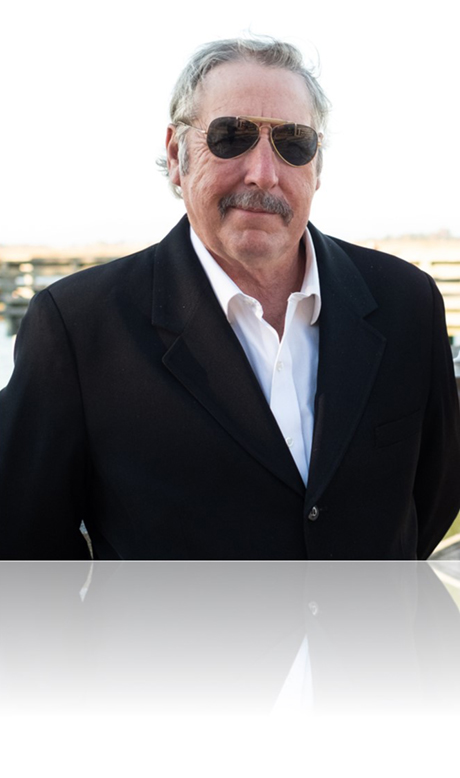 
It is with great sadness that we share the passing of Brian, a father, grandfather, brother, uncle, partner, and friend, on Saturday, September 26, 2020 at his home on the river in Delta BC. He is survived by his loving partner, Trish Duggan, his 6 children, Heather (Bruce), Tina (Jeff), Amy (Travis), Jonathan (Chelsea), Riley (Lindyn), Cassidy (Sean), and two bonus children, Shane and Kelsey, 12 grandchildren, 8 siblings and many loved nieces and nephews. He is predeceased by his mother and father, Ina and Reginald Birch, and his youngest brother, Lance.

Brian’s life cannot be summed up in just a few short sentences, but we will do our best to retell the key points of his life as best we know how.

Brian was born on June 23, 1952 in New Westminster BC to Reginald and Ina Birch. He was the oldest of 10 children who grew up in Ladner BC. In 1971, Ina and Reg moved their family to Machete Lake, BC. Brian and girlfriend, Deb Barlee followed in 1972.

In 1973, Deb and Brian welcomed their first daughter, Heather. Not long after, Brian and Deb moved to Kelowna to live and work at her family’s business, Last Mountain Ski Resort (now known as Crystal Mountain Resort.) Brian was hired as a maintenance man and lift operator. While in Kelowna in 1976, they had their second daughter, Tina. As circumstances had it, they would move back to Bridge Lake not long after Tina was born and have their third daughter, Amy in 1977. The girls’ have fond memories of attending Ladner May Days and the Cloverdale Rodeo with Brian.

Brian moved back to Ladner in the late 1970’s to follow in the footsteps of his father Reg and began his long career as a commercial fisherman. He started as a gill netter, fishing the Fraser River on the “Frisky Lady” and the “Northern Pilot” before moving on to joining his brother Wayne on the seiner “M.V. Nita Dawn” to fish the west coast of British Columbia. Brian took to the mechanical operations and self taught himself to become the vessel’s engineer. We can imagine some of Brian’s happiest moments while he was on the boat as when he came back, he had endless stories to share. He was happiest when he was working and could map out the engine room like the back of his hand. He was the best engineer the boat and crew could have had, and his vast experience will leave a legacy for years to come. Brian’s gumboots will be tough to fill.

While back in the Port of Ladner, Brian married Karen Wren in 1981. They had two sons and one daughter. Jonathan was born in 1982, Riley in 1985 and Cassidy in 1988. The family lived in a heritage farmhouse in Ladner and grew up helping their Dad chop firewood and watching the tractor rake the potato fields in their front yard. They loved going to see the Christmas Carol Ships every year with Brian and enjoyed afternoons on the beach with a bucket of KFC chicken.

Brian met the love of his life, Trish Duggan, in the spring of 1999. It was his complicated, quiet, and generous nature that attracted Trish to him, and she admired every bit of him for the past 21.5 years. She saw the best in Brian, even when he did not. She called him Babe, and he called her Bum. Together, they supported each other through everything.

Brian was a creature of habit and Trish accepted him and his tendencies to fill their home with wooden duck decoys, shorebirds, vintage fishing lures, and copious other finds from garage sales and eBay. Their home on the edge of Canoe Pass of the Fraser River was by far his favourite home with Trish. Their quaint, peaceful little waterside cottage was exactly what they dreamed of having together.

If you needed to find Brian, it was your best bet to first check his little boat shed lovingly dubbed Scuttlebutt Lodge (named after the Canadian TV parody, Red Fisher Show). In here he spent hours tinkering with and displaying his collections. He was so proud to have a place to host company where he enjoyed many conversations about life passed by with his close friends and family.

But we all know his pride and joy was his coveted smoke house that he would smoke hundreds of sides of salmon every year with his secret recipe. His was the best smoked salmon many had ever tasted, and we all looked forward to it every year. He would use it as currency to trade for his family Christmas tree from the Chung Family in Ladner. He perfected the art of smoking fish and will forever be known for this.

Brian was also well known in the Ladner community. He was a member of the Delta Heritage Fishing Society and was recognized by the Mayor of Delta with the Friends of Heritage Award in 2014 for his contributions to preserving Delta’s history. Brian’s passion for history and accuracy was praised by his community and we can only imagine the expansive museum he would have been able to fill with all his knowledge and collections.

Brian was a jokester who was always sharing a laugh. He loved listening to comedians Andrew Dice Clay, The Champ and Red Green. When we think of Brian, we cannot help but hear the music of Legends like Merle Haggard, The Irish Descendants, Kris Kristopherson, Dwight Yoakam and Jerry Jeff Walker blasting from his CD player. Brian smiled the biggest when holding his grand babies and could not believe how lucky he was to have them in his life. Brian has 10 grandchildren and 2 bonus grandchildren, Deslynn, Markus, Brooke, Raiden, Jayde, Jasmyne, Damon, Carter, Aryn, Ethan, Dean and the newest addition, Della. He was fascinated by their littleness and their big personalities. He loved them wholeheartedly.

Brian’s children wish to extend special recognition and eternal thanks to Trish for her patience, kindness, unconditional love and for helping their father navigate through his darkest times.

Brian's health deteriorated over the past year and brought many struggles. Though in darkness, came a light and love in him that was beyond measure. Something that was always there, but not always understood. We will always remember him fondly for the things that made him, him. He was a man of great pride, a huge and generous heart, with lots of laughs and stories to tell.

In lieu of flowers, please consider donating in honour of Brian to the Delta Heritage Fishing Society.

“Rest peacefully, Brian.” Go in peace; go in safety; go, now, knowing you are protected. Go anywhere you need to go. …. You can relax and enjoy life, trusting that you are safe. Go without fear, for you are wrapped in love and protection. And you shall always be.” - Author Melody Beattie.