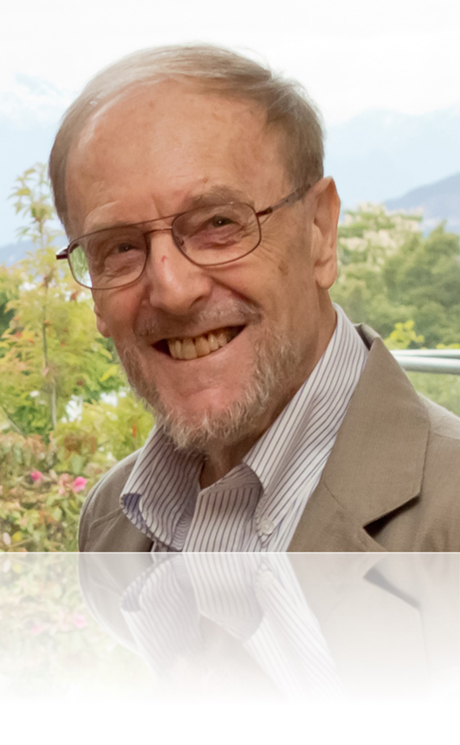 
Derek never forgot his Geordie roots and was grateful for the educational opportunities in post-war Britain which made possible his journey from Boldon Colliery Primary School to the Emeritus College UBC.

With degrees from the Universities of Durham and Newcastle, he emigrated to Canada in 1961with his first wife Doreen. He held a post-doctoral fellowship in the UBC Chemistry Dept then took a position as a Clinical Chemist at the Health Centre for Children, Vancouver General Hospital. In 1969, he founded the Biochemical Diseases (later Biochemical Genetics) Laboratory at Children’s Hospital. In this emerging discipline, he collaborated with scientific and clinical colleagues across Canada and around the world to diagnose and investigate children with rare metabolic diseases, teaching and publishing extensively and receiving many awards.

He was a member of the Faculty of Medicine with appointments in Pediatrics, Medical Genetics and Pathology serving on Boards and Committees including parent support societies. He was a past President of the Garrod Association of Canada and past President of the Canadian College of Medical Genetics and involved in developing training programs for Biochemical Genetic Fellows. As a CUSO volunteer, he was a consultant at the New Milago Hospital in Kampala, Uganda.

Derek brought energy, enthusiasm and curiosity to all that he did. He was a teacher, mentor, hiker, cyclist, avid concert goer and proud Dad and Grandad. He was passionate about photography from childhood, generous in sharing his knowledge and eager to continue learning. He was a past President of the Richmond Photo Club, founder of the Emeritus College Photo Club and member of the Pender Island Photo Club. Another passion was for early history and archaeology leading to travel to ancient sites around the world. Retirement on Pender Island brought new friendships, photography shows and the spirited discussions at Socrates. He was a life-long learner and community volunteer, most recently involved with Third Age Learning at Kwantlen University.

Derek died, as he wished, at home with family, after a short illness.

He is survived by his wife Jenny Toone, his daughter Rebecca, sons Oliver and Neil, their wives Christine and AnneLaure, grandchildren Katie, Justin and Owen and by his ex-wife Doreen McEwan.

Messages of condolence can be left below.

Please donate to a charity of your choice in his memory. A Celebration of Life will be held at a future date.