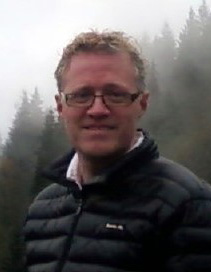 Born in Alberta and spent most of his life in Vancouver, BC, Scott has devoted almost all of his life providing services in funeral industry. Well known for his meticulous and perfectionism when it comes to embalming trade, Scott is first and foremost a seasoned funeral director who has accumulated over 25 years of solid experience managing staff of many of Vancouver's highly reputable funeral homes and chapels (who asked to be kept nameless due to competitive reasons).

Scott's simple and no-nonsense approach to providing funeral services had not always been welcomed in the industry that has long claimed to be a traditionalist in its habit to squeeze most profits out of grieving families to cover the ever growing costs of its inefficiency and less prudent choices of investment. He felt that the funeral industry has strayed too far from its original duties and responsibilities.

Out of this disatissfaction, he founded Amherst Cremation Care Company with its mission to provide simple, affordable and dignified funeral services, with highest respect for the wishes of the deceased, as well as the circumstances the surviving family must deal with. With the responses that Amherst has been receiving, it is quite clear that Scott's vision of a low-cost, dignified funeral services is also what the general population has been searching for.